Faro is a card game that became popular in the wild west because it was easy to learn and the odds of winning were quite good – if the “banker” wasn’t cheating – which most of the time they were. Winning or losing occurred when the banker turned over cards that either matched those already exposed or didn’t match. It was an easy game to learn and the odds of winning were higher for the player than any other game of chance at a poker table. But, it could be a dangerous scam if the dealer was using one of the common dealing boxes where the banker could choose the card played. Women’s anti-gambling societies claimed the game was dangerous because it destroyed families and reduced men to poverty.

The game was often called “bucking the tiger”, or “twisting the tiger’s tail”, a reference to the card backs that featured a drawing of a Bengal tiger.

The game became the point of contention between two men in Cassidy’s Silver Reef Saloon one dark night.

The game can move very quickly as cards are dealt, bets are made, chips of losers scooped up by the banker, and winners quickly paid with additional chips. Syres Griffen was serving as the banker that night. The table was full of players, more than eight had taken chairs and placed bets on their cards. There were also crowds of men who had gathered around the table to watch and add their comments as they kibitzed about the play as well as the winning and losing. Included in this group was a grizzled old miner with a bad attitude and a short fuse. He stood behind one of the players and egged him on. 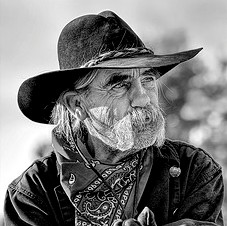 Henry Clark, was the son of the old man and one of the more regular players at the table. Clark was on another hot streak. Over the weeks before this night he had joined the players at Griffen’s table every evening. For some reason Griffen’s deals had more often than not hit Clark with winners. This was beginning to irk Griffen and John Cassidy, owner of the saloon, had begun to wonder if Griffen and Clark didn’t have a con going. The accusation from Cassidy made Griffen even more steamed at Clark’s luck. The two men had exchanged insults and accusations throughout the evening. Clark’s father didn’t say anything to soften the atmosphere. As the bantering increased in intensity, Clark’s stack of chips bet on a particular set of cards was ten. When Clark won on the draw, Griffen attempted a quick sleight of hand by shorting the gambler’s winnings. Clark stood up and cursed at the dealer. Men around the table could see that the growing confrontation could quickly grow to a climax and backed away.

Griffen drew his derringer and fired both barrels at once. The bullets struck Clark dead on. The men around the table scattered, except for Clark’s father who caught his son just as he was fell backward. The gambler was able to draw his pistol and shot Griffen, wounding him. Clark fell dead on the floor.

In an instant Clark’s father attacked Griffen, joined by other men in the room. They beat Griffen to the floor where the father shot the dealer again – killing him.

Maybe the ladies of the anti-gambling society were right: gambling does tear families apart. On the other hand – perhaps it can unite father and son in a common, final goal.

Keeper of the Tales of the Old West. View all posts by dochickman